If you want to design vessels for the European market then you have to comply with the European Pressure Equipment Directive (PED). The only design code that is assumed to conform to the PED is EN 13445.

According to the CEN-CENELEC Internal Regulations, the national standards organizations of several countries are expected to implement EN 13445 over their own National Standards.

While these Parts may be obtained separately, it’s important to note they’re interdependent. Therefore, it’s vital to recognize that the manufacture of unfired pressure vessels requires the application of all the relevant Parts in order for the requirements of the Standard to be satisfactorily fulfilled.

As a pressure vessel and heat exchanger designer, you’ll want to be familiar with EN 13445 and how it may provide advantages to your design.

To help designers take full advantage during the design phase, CEI acquired Finglow, a fully integrated engineering software that is written by engineers for engineers. The software supports multiple codes, including EN 13445.

At a high level this ASME code change identified in U-2(g) indicates that when Sec. VIII, Div 1 doesn't tell you what to do, the guidance is to look at Div 2. If Div 2 doesn't tell you, then look at other recognized and generally accepted standards like EN 13445 or PD 5500.

Finglow software development is led by Lead Engineer, Lynn Billings. Ms. Billings joined Finglow in 1988 after working in Nuclear Engineering at Babcock International in London, where she designed pressure vessels, power stations and submarines to ASME III. At Finglow, she has written software to ASME VIII Division 1 and converted the original Finglow PD 5500 software from Basic C & C++. 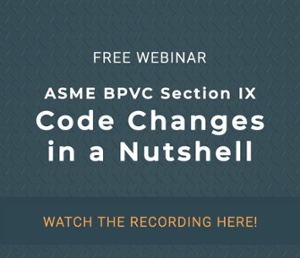