Nuclear welding is a broad topic, much more so than standard structural or pressure vessel welding. Since the consequences of integrity fail are so great, there’s a lot that goes into the codes and welder certification. 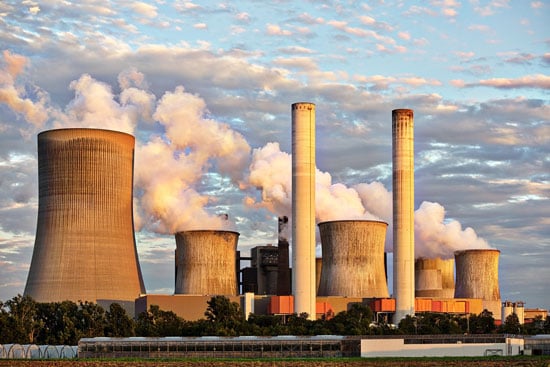 ASME BPVC Section III provides for the construction of nuclear facilities and supports. Supports include all the ancillary piping and structure around the reactor vessel itself. As related to pressure vessel ratings, ASME BPVC Section VIII also applies.

There are 3 Divisions within ASME BPVC Section VIII:

The Nuclear Regulatory Commission oversees the commercial application of nuclear materials, while the National Nuclear Security Administration (NNSA) in the Department of Energy oversees those used by the US Government (Navy, weapons programs).

There are several items covered under the code for metallic components. The components include:

The NRC lists six of the most common methods for non-destructive testing of welds in nuclear power. These are:

Visual Inspection – Uses different kinds of magnification techniques and relies on an inspector’s sight and experience to locate defects.

Magnetic Particle Testing – A magnetic field is added into a particular structure, that has been dusted with iron particles. If there are any imperfections the iron particles will gather together in patterns that make the imperfections and flaws visible.

Liquid Penetrant Testing – Used for metals, plastics, and ceramics to be able to detect cracks or surface abnormalities. The object being tested is coated with a dye and then a developer is applied. Working together, the dye and developer highlight the imperfections.

Electromagnetic or Eddy Current Testing – In an object that is composed of conductive material an electrical current is generated through an alternating magnetic field. A defect or flaw, such as a hairline crack, can be detected if there are disruptions in the current flow.

Radiography – Using an X-ray or another radioactive source to take an image of defects found in materials. In the same way, X-rays are used for medical purposes they can also be used for testing welds. The requirement for inspection can be as stringent as they are for welders.

Nuclear welders are the neurosurgeons of the welding craft. The consequences of a wrong move or using the wrong procedure can have far-reaching and long-lasting effects on large populations and over a wide expanse of area.

You might run into a nuclear welder where there is a nuclear power plant, a research reactor, or in a shipyard that builds and repairs surface ships and submarines. In addition to the proper welding certifications, a nuclear welder will typically need to be granted a security clearance for military work and access authorization for commercial power plants that are issued by the licensee of the plant.

It’s a simple concept. Boil water, make steam, move a turbine, turn a generator, make electricity, sell electricity, go to the bank. While there are many variants of nuclear power plant design, they do the same thing. So, it is simple, but the devil is in the details as a bad weld, blown seal, or stress crack can violate the integrity of the pressure system and release some very nasty, long-lasting, toxic stuff.

Welds typically comprise only about 1% of the structure on a volume basis, but the labor and technology necessary to produce them comprise at least 10% of the cost of the final structure. Welding costs can be such a large factor of plant construction and maintenance that it drives the development of innovative processes and new techniques to increase effective deposition rates, increase weld quality, and decrease weld time.